Even at school Wolf was considered an 'excellent pianist', and the piano has a dominant place in his first compositions from the years 1875 and 1876. Even after he left the Konservatorium, and on into the 1890s, he continued to work at his piano technique, but without ever setting his sights on becoming a virtuoso. (Hans Jancik) 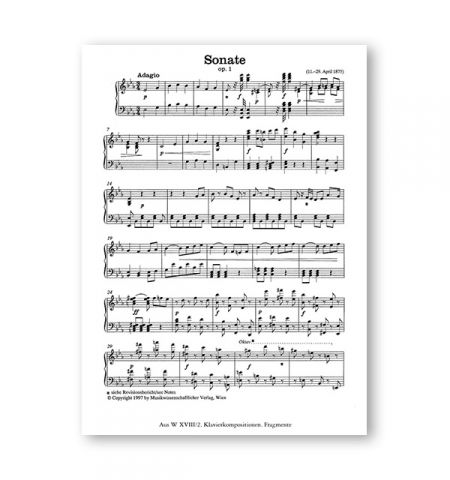 Edited, with a critical report, by Leopold Spitzer (1997)

It is highly interesting to follow Wolf's development through the early piano works on which the young composer learnt his craft; as his ability grew, he would break off in the middle of compositions if they no longer stood the test of his critical judgment.