Wolf's 'posthumous songs', both completed and fragmentary, are a document of his path to mastery of the Lied.

At the beginning, we see him striving to learn the craft of setting poems as songs (W VII/3 and partially W VII/4). Much influenced by Schumann, the years 1877 and 1878 take him through to the first high point in his development (W VII/1, W VII/2). Although these songs do contain a number of jewels in which one feels the presence of the Wolf we know and love, the composer considered that they lacked originality and did not find worthy of publication. The subjective and lachrymose tone of some of the poems may well have been an additional factor. This critical approach to his own compositions is particularly conspicuous in the case of those which he left uncompleted (W VII/4).

The 'posthumous songs' thus on the one hand provide a basic source for the study of the Wolf's development both as a personal and as a composer; on the other hand, they contain a substantial number of songs which are impressive enough to merit inclusion in the concert repertoire. 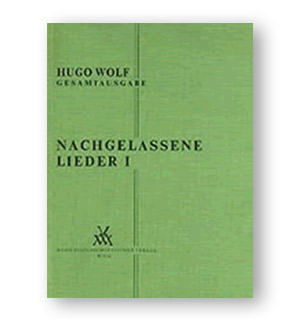 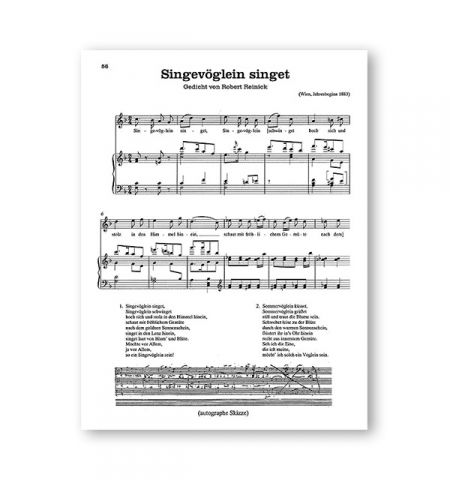 Edited by Leopold Spitzer (1998)
With a critical report, full texts of the poems, and a chronological catalogue of the songs from 1875 to 24 January 1888